Milspares supply powerpacks, they are manufacturered by DMS Technologies. Powerpacks that support the automotive, military and aviation markets around the world. 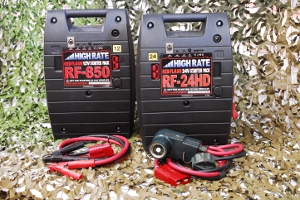 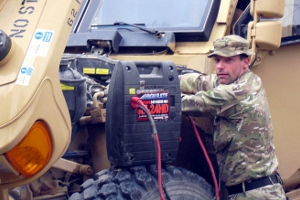 The Red Flash™ Portable Power Pack, using the highest grade AGM batteries, is designed to operate in the harshest environments, reliably delivering large peak currents to start all types of vehicles. The robust polyethylene outer case protects the internal batteries and electronics from damage in the field whilst also reducing the weight of the slave battery system to allow it to be fully transportable and man portable. 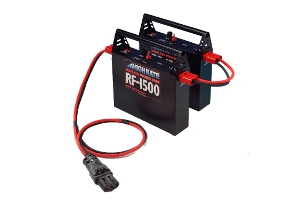 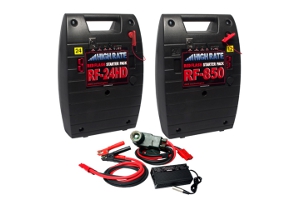 Our equipment is now used world-wide and has a proven reliability in starting all types of military vehicles including helicopters, battle tanks, armoured vehicles, heavy goods vehicles and light aircraft.

The Red Flash™ Portable Power Pack has been specifically designed to provide DC power for portable turbine starting and ground power support. Available as either a single unit , RF1500, or double pack, RF3000, they will maintain a stable voltage to ensure that engines are started in the most extreme environments. 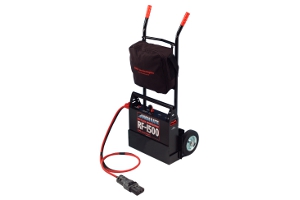 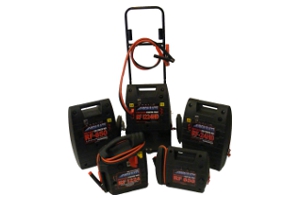 Proven in use, the Red Flash™ Power Pack will start military and commercial aircraft; helicopters and other heavy-duty vehicles. Starting engines from on-board batteries places heavy demands on battery performance that can lead to reduced lifetime and compromise operations. The Red Flash™ Power Pack will provide reliable and portable DC power for use in the workshop or remote locations. We recommend the RF1500 single unit for smaller helicopters and light aircraft. For large turbines or for applications with very demanding, high current start sequences we recommend this Red Flash™ 3000 – Heavy Duty Dual Pack – where two RF1500 starter packs are coupled together to provide over 3000 Amps starting power.